Mojo King Caerphilly opened for business in December 2016. We are a franchise of Mojo King in Cardiff which is owned by Paul Reeves and has been successfully operating for over 10 years.

Having known Paul myself for many years, it had been a long held ambition of mine to own a Menswear store selling the type of clothes that had been my choice of garment my whole life. As indeed it had been for Paul. We came up with an idea for a franchise which seemed the ideal solution for me to enter the retail fray and for the Mojo King name and business to expand.

We are situated at the top of town, just a few minutes walk from the bus & train station.

Caerphilly is famed also for having the 2nd largest castle in Europe, built in the 13th Century on the site of a Roman fort. The castle is right in the middle of town and a great tourist attraction. In addition to the castle Caerphilly’s other claim to fame is cheese. Caerphilly cheese was thought to have been produced to serve the mining communities around the beginning of the 20th Century. The town also being the birthplace of comedy legend Tommy Cooper. 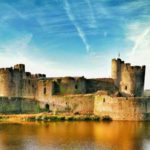 I discovered “Mod” during the late 70s. With parents who had been into the 50s Rock & Roll scene and a house that played the likes of Frank Sinatra, Elvis Presley & Chuck Berry, I never really liked any conventional or chart type music. I liked smart clothes and also the idea of being different to everyone else. With the music of the 50s, 60s and then the Mod Revival bands, matched together with the clothes I knew straight away I had found what I was looking for.  After months of nagging mum & dad agreed to buy me my first scooter. A red Vespa PX150. The Red Fox was born!

Dad had given me a couple of his Chuck Berry singles, which kicked off my vinyl collecting passion. I started to DJ at our Cardiff Cougars scooter club nights and in 1982 set up our own club night Cafe A Go Go. Many years later in 2006 I revived the Cafe A Go Go nights at various Cardiff venues, musically moving deeper into Rhythm & Blues, Mod Jazz, Funk and Soul. I also became more involved with promoting bands and DJing as a guest at various other nights and events.

These days all my time is taken up with Mojo King but still take time out to DJ and do the occasional Cafe A Go Go night………..James Parker 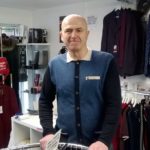 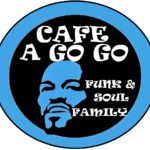 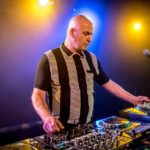 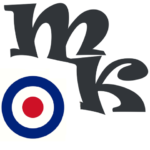